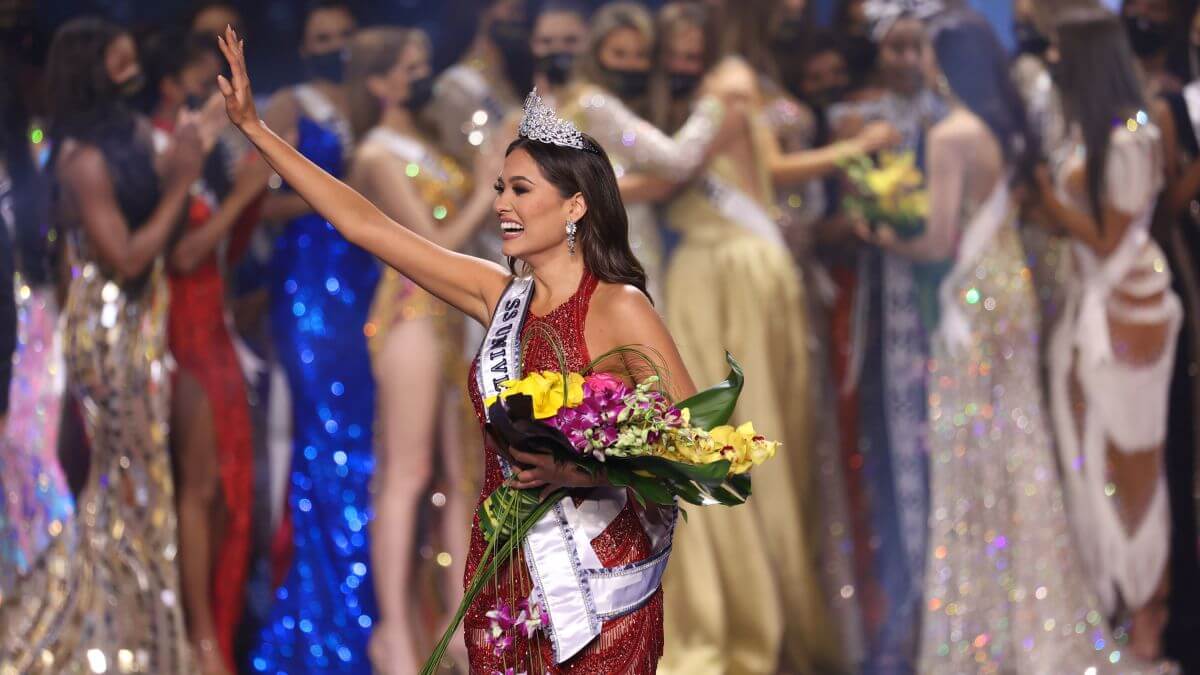 HOLLYWOOD, FLORIDA–After a powerful showdown of nations, Miss Mexico Andrea Meza is crowned as the 69th Miss Universe, besting 73 other contestants vying for the title as Zozibini Tunzi’s successor.

Hailing from Chihuahua, Mexico, Andrea is a software engineer and is proud to have graduated from the male-dominated field. She is an activist and promotes the continued progress of gaining rights and inclusive spaces for women in her country, as well as putting a much-needed end to gender-based violence. Meza wore a remarkable red-draped evening gown designed by Ivis Lenin.

Her Runner-ups include the impeccable court of 4th runner-up Kimberly Jimenez of the Dominican Republic, 3rd runner-up Adline Castelino of India, 2nd runner-up Janick Maceta del Castillo from Peru, and Brazil’s Julia Gama finished close to the crown as Andrea’s 1st runner-up. This edition of Miss Universe is the first time since 2008 where 4 Latina women made the coveted Top 5.

The newly crowned titleholder from Mexico will reside in a luxury apartment located in downtown Manhattan, New York City for the remainder of her reign embarking on humanitarian missions, charities, and social events. Andrea Meza will also enjoy a 7-day cruise with Carnival Cruise Lines, as the president of the company, Christine Duffy, appeared as a judge on this year’s selection committee.

Bolivia’s Lenka Nemer Drpic won the pageant’s first-ever Social Impact Award as she was awarded during the show, and on top of earning 4th runner-up, Kimberly Jimenez of the Dominican Republic was able to achieve the first-ever Carnival Spirit Award, as well. Miss Universe Myanmar Thuzar Wint Lwin won Best National Costume for her powerful and political “Pray for Myanmar” costume.