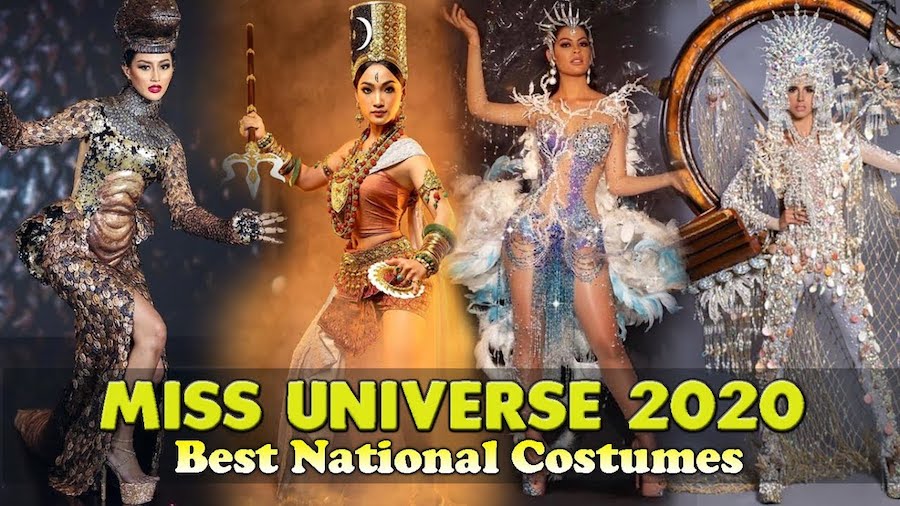 Our five favourite national costumes for the 69th Miss Universe: what they represent and what to expect for tonight’s National Costume show!

The well known glitz and glamour of the annual Miss Universe competition can be seen plastered all over the preliminary events that showcase designer outfits, couture swimwear, and extravagant evening gowns during the final. However, some may say the national pride of fans and onlookers may be the most noted feature of Miss Universe season.

What better way to introduce that pride and the glamour it comes with during the pageant’s National Costume Competition? Here’s a look at five pre-selected favourites of the costumes already released this past month, what they represent, and how to tune in to the first big telecast of the 69th Miss Universe.

In Thai, this queen’s national costume “Trirong Anongnat Suphanmacha,” is inspired by the iconic Siamese Fighting Fish and the “Lady in Literature.” Bearing a fish’s head front and center, Amanda’s costume features wing-like layers of fabric to mimic a fish’s fins. 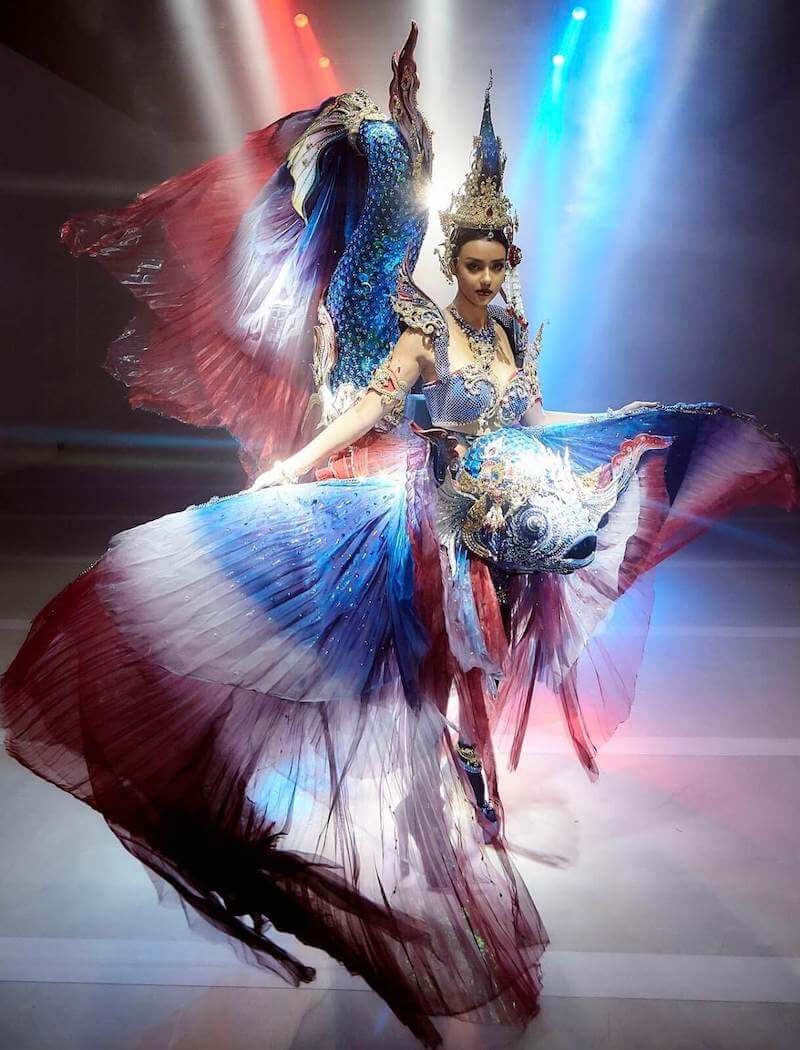 Such Siamese Fighting Fish in real life even sell for thousands of dollars just on their own when caught with a rare colour patterns, just like the Thai flag as it’s beautifully showcased on the final costume that Amanda will wear on-stage. The costume is made and designed by Mr. Akarat Phusanaphong and was originally worn by Thai-Swiss beauty queen Praewatchara Scmid when she competed for the title of Miss Universe Thailand 2020 in October. 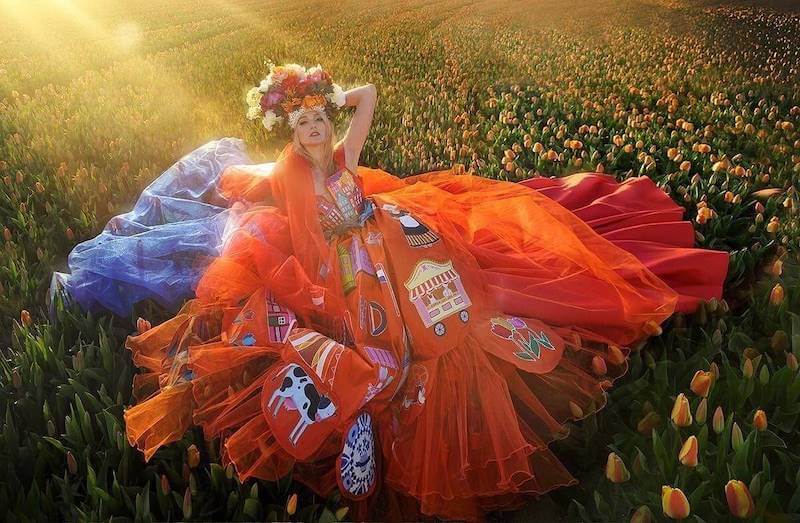 In an Instagram IGTV post revealing her national costume, Miss Nederland 2020 goes on to explain that her orange dress designed by Miss Pearl Couture is a representation of joy, enthusiasm, creativity, and “our colourful open-minded country where the foundation is freedom.”

Iconic Dutch symbols including windmills, delft blue pottery, cotton candy stands, tulips, and more emblems of The Netherlands can be seen artistically hand-painted on the orange fabric of the costume, which is all Dutch silk. Denise revealed her costume on April 27, which is Kingsday in The Netherlands.

“Ken Em” is a story-telling costume that omits how silk weaving is a staple of the history of the Vietnamese people. All of the costume is said to be a result of meticulous hand-knitting techniques, with bountiful streams of silk seen throughout the piece. 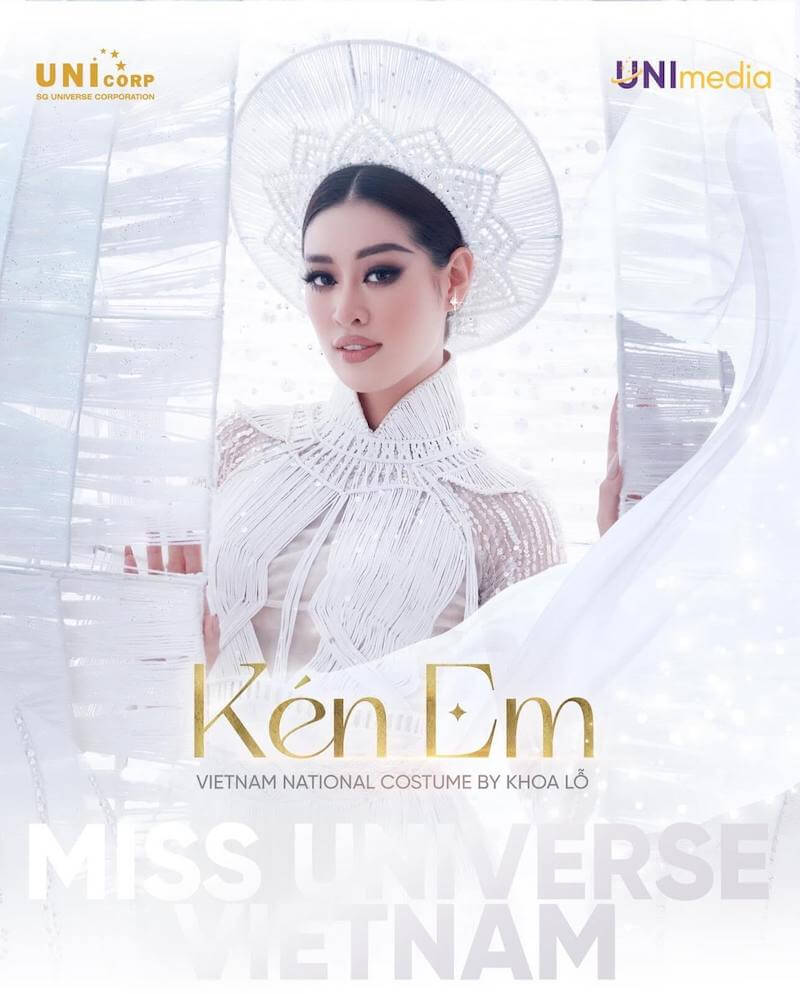 Once stepping outside the costume’s “cocoon,” Khanh Van is revealed to be wearing a white Vietnamese Ao Dai, noted to be the final product of endless effort and enthusiasm of craftsmanship. Just like Denise’s costume, the Vietnamese titleholder revealed hers on April 27 just days prior to departing for the United States.

The national costume of Ukraine, “Vytynanka,” comes from the Ukrainian word for “cut.” As Liza Yastremskaya, Miss Universe Ukraine 2020 describes in an Instagram post alongside her organization, “Vytynanka’s were used to decorate walls, windows, shelves, and tables.” They were made of fabric and leather and also used to decorate clothes. 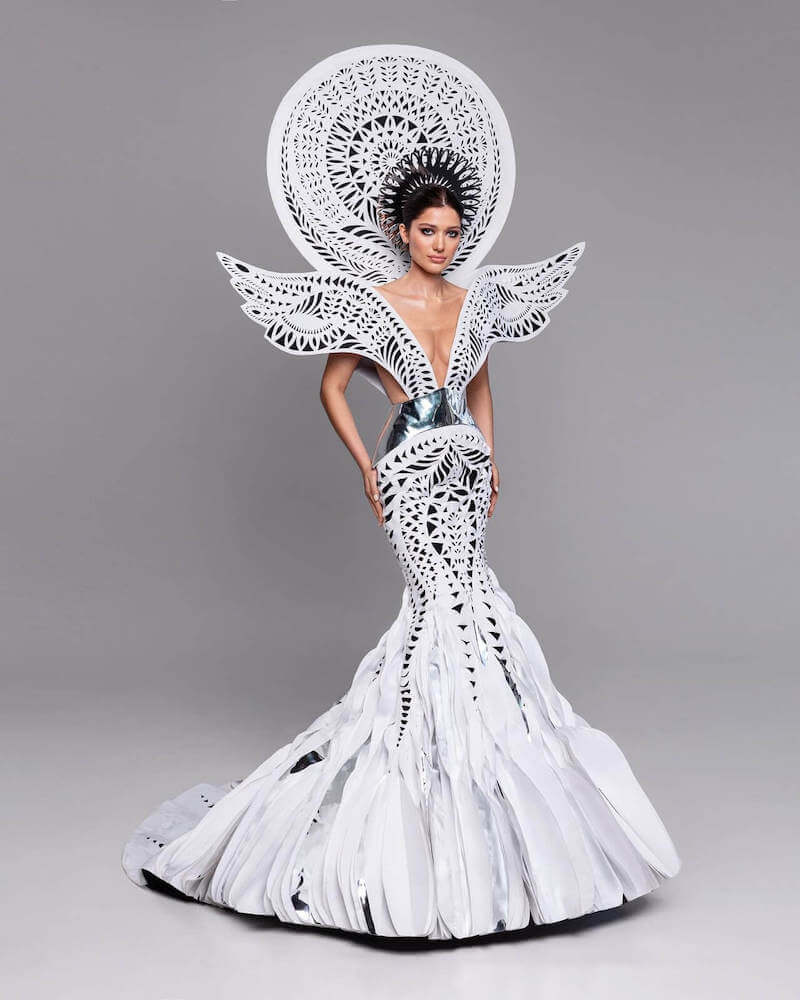 Vytynanka came in many shapes and forms of representation, but Yelizaveta’s costume is a representation only to be described as when “Life sometimes leaves holes in people’s souls, but God makes them a beautiful harmonious picture that instead reflects on the inner beauty of a human.” With an overall white motif, her outfit also includes wings and reflective materials that are like mirrors. 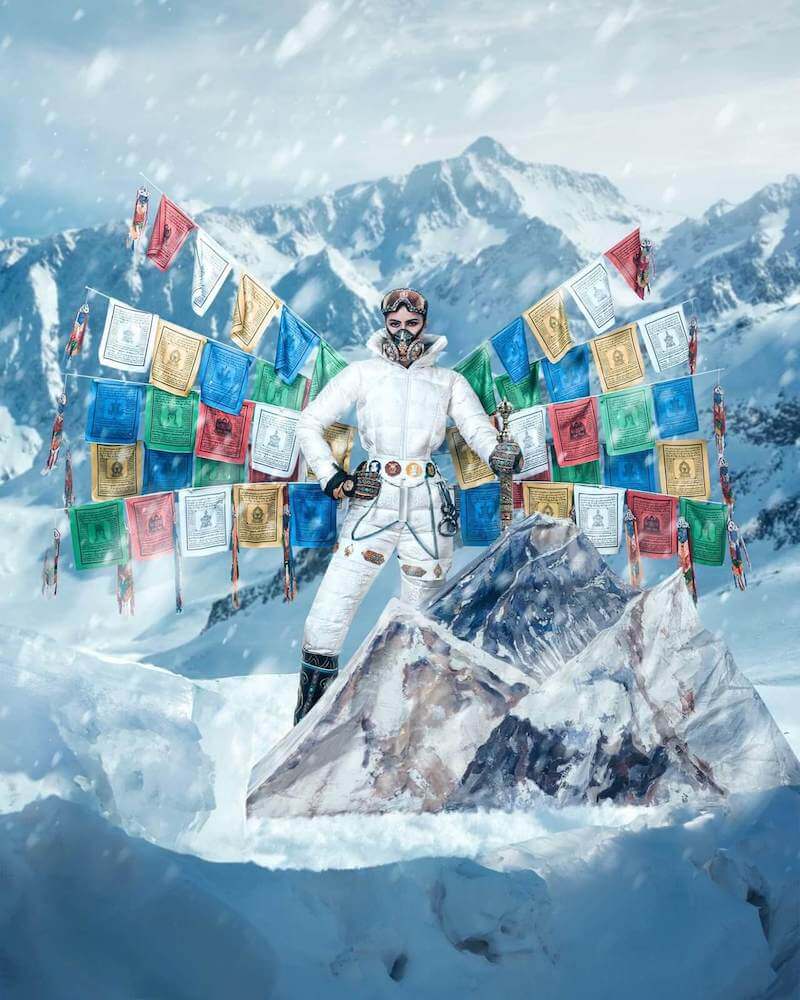 Miss Universe Nepal Anshika Sharma displays a unique outfit inspired by the prayer flags and climbers to the highest point in the world, Mt. Everest, located in Nepal. Being propped out from a breathtaking 3D-printed mandala backpack, motorized prayer flags made from pure satin silk extend to give the costume colour.

Costume designer Bina Ghale on Instagram is quoted saying, “The weight of the prop is almost 10kgs and it took us a month of trial and errors.” Anshika’s costume is equipped with an art and Sherpa-inspired oxygen mask, a white jumpsuit as the costume’s base, and even a pop-up Mount. Everest may be carted along the stage once showcased tonight in Florida.

These eye-catching marvels that are national costumes can be viewed in live time, along with many others, tonight at the YouTube channel of the Miss Universe Organization on May 13 at 8 pm ET and can be looked at afterward once the full telecast is posted to YouTube. The Preliminary Competition takes place on May 14th at 7 pm ET, also available for streaming on the official MUO YouTube channel. The grand finale will happen this Sunday, May 16th at 8 pm, and can be watched live on the FYI channel in the US to see who takes home the title of the 69th Miss Universe.

On Queenly, we're always looking to feel unique and empowered on the pageant stage. Check out what Queenly users have for sale in their closets for bold, gorgeous fun fashion pageant outfits!