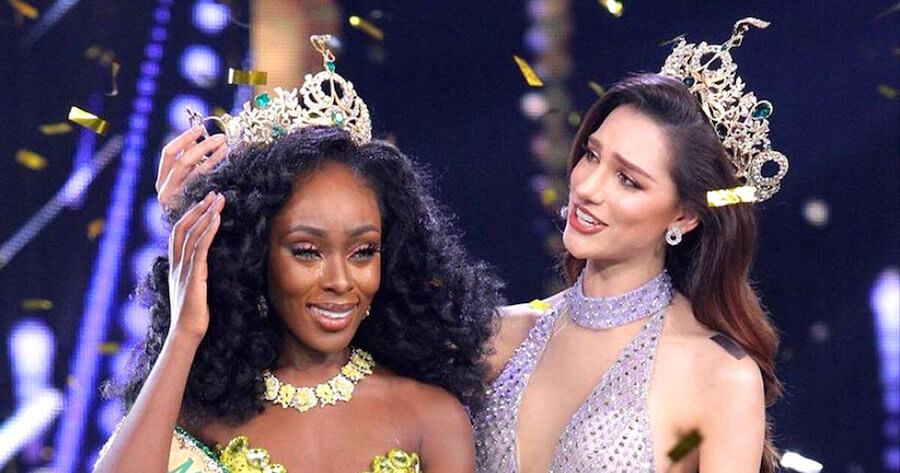 In the eight-year history of the Miss Grand International pageant, not once has a Black woman won the title. Until now. Last Saturday, 27-year-old Abena Akuaba Appiah representing the United States of America bested 62 other women contesting for the crown of Miss Grand International 2020. Through advancing rounds of swimsuit, on-stage speech, evening gown, and Q&A during the 3-hour competition held in Bangkok, Thailand, Appiah rose victorious and was crowned by the outgoing Valentina Figuera of Venezuela.

Upon crowning, her court consisted of 1st Runner-Up Samantha Bernardo of the Philippines, 2nd Runner-Up Ivana Batchelor of Guatemala, 3rd Runner-Up Aurra Kharishma of Indonesia, and 4th Runner-Up Lala Guedes from Brazil. Abena is the 2nd American woman to win a “Big Six” title within the 2020-2021 pageant season. 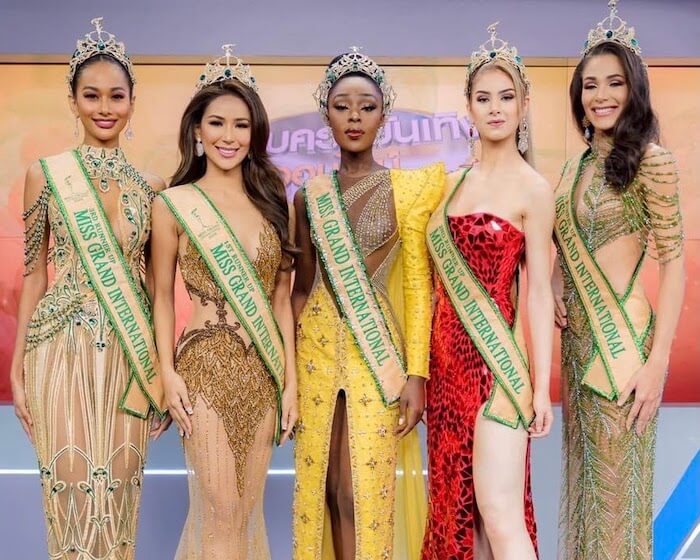 But aside from the placements and achievements earned, there’s much more to Abena’s win that boasts extreme relevance to today’s world.

With that being said, the Black woman who graced the international stage in yellow Thai couture and came out as queen minutes later has ventured on a pageant journey that spans 7 years beforehand. In 2014, Abena had won the right to represent Ghana at Miss Universe 2014 in the U.S. and again bear the Ghanian sash at Miss Earth 2019 in the Philippines.

At both competitions, she failed to win and only got as far as Top 20 during her fight to win Miss Earth in October of 2019. Many pageant fanatics praised the newly crowned Miss Grand International in posts reflecting on her past competitiveness and how she finally has won a highly sought-after international title.

Activism On-stage and Off

During the 14-day-quarantine period, of which all 63 contestants of MGI’s 2020 class took before the final competition week, Abena posted a video on TikTok that went viral with nearly 700,000 views showcasing the discrimination she has faced as a Black woman with her hair type, her message to never stop being who you are, and how an end to hate and bullying is heavily needed for everyone who is a victim. 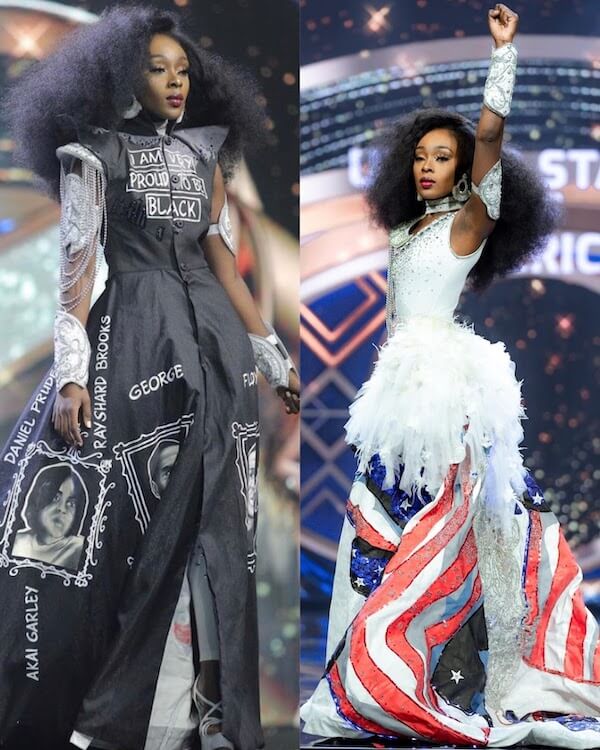 But the biggest display of activism and resilience came during the pageant’s national costume competition. With a firm stride, the American queen took the stage with a black & white tear-away layer that yielded tribute to victims of racism and police brutality. On her chest in the white text reads “I AM VERY PROUD TO BE BLACK.” Under the black was revealed to be a white and silver-beaded dress ensemble with the American flag entailing the train. Abena’s fist raised high in the air once at the end of the runway. A pure and outstanding representation of taking the Black Lives Matter movement to the largest of platforms.

Making It Grand in the History Books

Circling back to this article’s beginning, it’s much worthy to note that for such a coveted crown ranging from 60-80+ candidates competing every year, a Black woman has not won until Abena did.

During a recent interview, Appiah remarks “Growing up, I’ve always been told that I am not enough, my skin color was not beautiful, my hair was not beautiful, and I can’t make it at all. So me coming to this pageant, came as a representation for all the girls who look like me and don’t believe in themselves… and oh my gosh! I’ve made it in the Top 2! I was already crying, even making just the Top 20.”

These words, especially coming from a titleholder herself, goes to show how significant representation of communities and minorities is even in spaces like beauty pageants. This form of protest to break the norms and show what is normal is worthy of being praised in every corner of the globe.

For the next year, or at least to the end of 2021 when Abena will crown her successor, she will reside in Thailand alongside Miss Grand Thailand Patcharaporn Chantarapadit to fulfill her duties as a reigning champion. I’m more than happy and proud for such a woman like Abena to keep chasing her dreams of winning and letting them come to fruition with this win. Her inspiring and gleeful aura is undeniably attractive and will turn heads wherever she walks, it is no surprise that she was able to win this title!

I hope to see more queens and pageant competitors use their platform to the fullest not just as models or broad inspirations, but as humans and as activists taking up the microphone at any given chance.

Editors’ Note: Of course, we were in love with her wardrobe. Her yellow evening gown was fantastic in supplementing her bold, powerful presence on stage. Here are a few bold yellow choices listed on Queenly that we were inspired by!