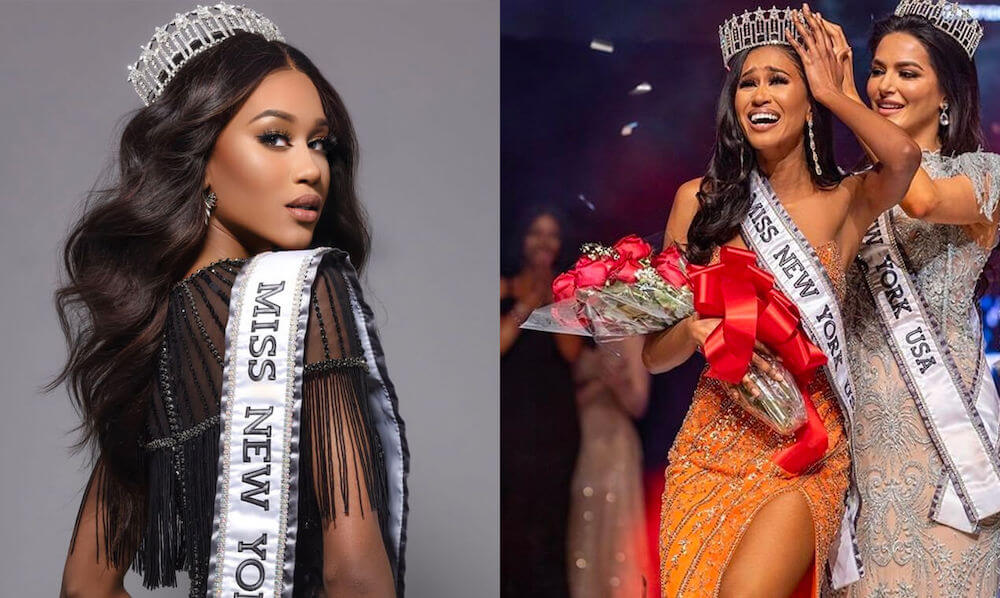 Andreia Gibau, Miss New York USA 2020, sits down with Monito Power of @pageantthreads as part of our Queenly Tea Talks Instagram Live series to talk about her experience in the pageant world and beyond.

Monito: So starting off, tell me a little bit about competition because, of course, that's where a lot of the fan base is. It’s within pageantry and it's within knowing you as Miss New York U.S.A. So I think I want to start off by asking you...what do you take away from the experience of not winning, but still being highly respected and supported?

Andreia: To be honest, my whole thing is just setting an example for every other woman coming after me, whether it’s at Miss USA or any other competition. At any level, when you don’t win, it doesn't necessarily define who you are as a person and patches aren’t necessarily the end-all-be-all. Of course we spend so much time preparing to compete and at the end, only one girl wins.

Andreia: That is just how the cookie crumbles. But when I don't win, it's really important from them to see that I'm still moving forward, that I'm still accomplishing so many other goals and that they can too. For me, I grew so much as a person. I was able to make so many connections. I made so many new friends from here in the country and all around the world. For me, I just took so much from the opportunity. 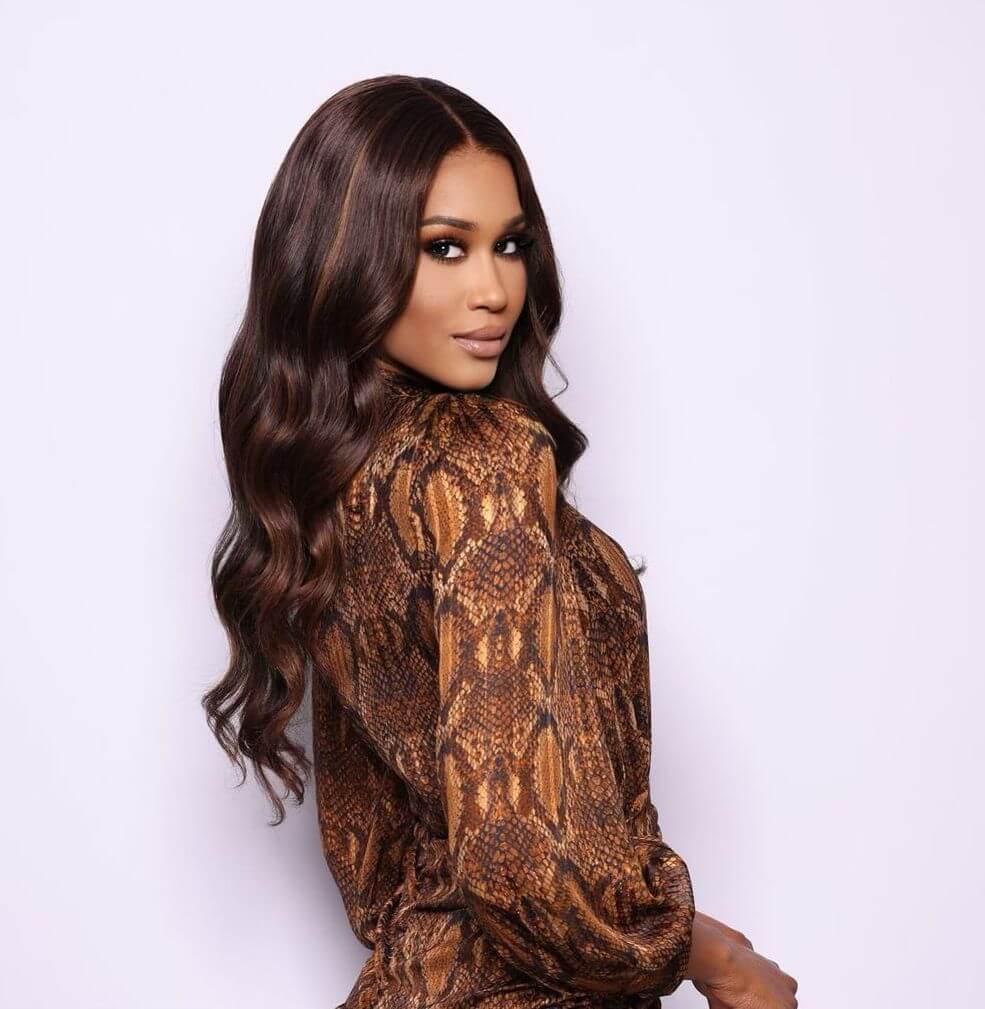 Monito: I think a lot of people see that. You are more than the glorification that “one is enough” because like you said, you walked away a winner in your eyes and that’s what matters. You have so much left to achieve, more than just a crown.

Andreia: And I think if I’m reflecting on my life up until Miss USA, I’ve had so many moments that if I had quit, if I had given up, I would not be where I am today, not even close. This isn’t the first loss. I’ve been facing adversity since the day I was born. I have just come to an understanding that you just keep it moving. I wasn’t upset at all for the simple reason that I've experienced loss before. Pageants are just a small portion of your life and there are still so many things you can do. The job of having the title of Miss USA is something you can do everyday.

M: Exactly, I really like that precisely right now with what you're saying. It truly motivates me and I'm pretty sure so many people watching and who will watch later will feel the same. I want to know, you're in the shoes to be an inspiration for so many others. Who was your inspiration growing up? 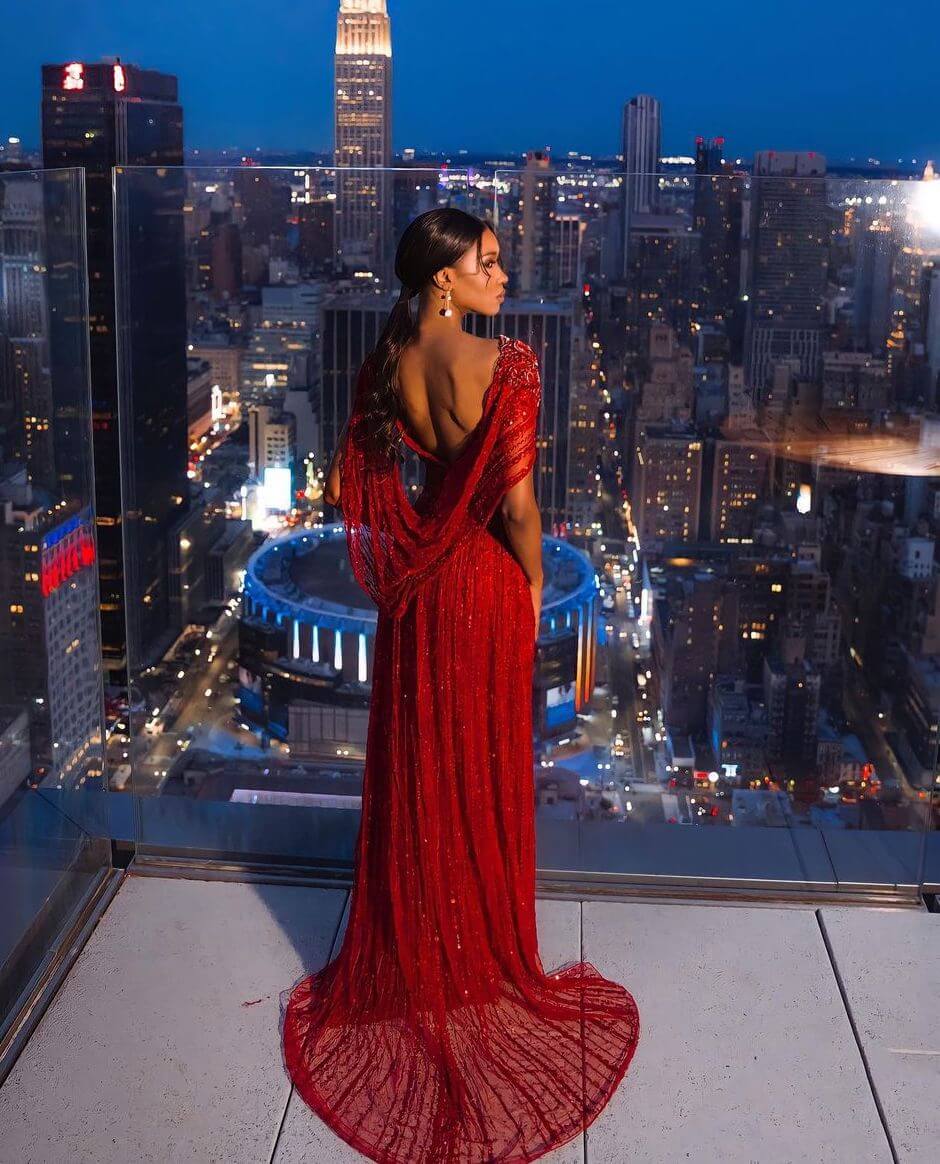 A: You know the thing is I didn't really grow up with a role model. I came from a third world country where I was living in poverty. I didn't think I was capable of doing anything in life and so when I came here and I started seeing people on TV and all that stuff, there was such a big disconnect. To be honest it wasn't it wasn't until Leila Lopes who had won Miss Universe in 2011 and then from there, I just kind of took off.

M: I think that's when the great things of having a platform, such as a state title holder, or just being out there and having a responsibility. What do you want to do with the rest of your reign as Miss New York USA and anything beyond?

A: I'm going to be raigning for a very long time from now and I've already passed my one year anniversary, but it's fine because I can hold on to this. It really means the world to me that I'm still working with New York Cares. I've also been focusing on some things that I've been working on the past few months that I can't say yet, so you guys just gotta stay tuned! But I'm really excited for what's to come! Of course you know I'm done competing in pageants, sorry guys, but I'll still be around.

M: Someone just said in the comments a few seconds ago (in the IG live chat), “first female governor of New York”!

A: I don’t think politics is for me, I like being on the activism side. But hey! I won't cross it out, you never know.

M: Let’s do a Q&A from the comments! If you could write a book, what would it be about?

A: My life... definitely a memoir or just a biography about my life because I've been through so much that so many people don't know. I think I would take the opportunity to really kind of share with people.

M: Okay someone is asking about the next Miss Universe. Any favorites for you so far?

A: It's so funny because I've actually made connections with a few of the girls leading up to Miss USA so I'm really excited. I don't really have any favorites, but I'll be cheering on Australia, Canada, and USA of course! I'm really excited for my girls.

M: It's been a tough past year. What has been the biggest takeaway for you during the pandemic?

A: The biggest takeaway has been knowing that my actions just don't affect me, but the people around me.

<b>M: What was your biggest mistake and success at your very first state pageant?</b>

A: Biggest mistake was buying my dress without double checking the length. The dress was so short on me! The biggest accomplishment I want to say: My first time, I had no idea what I was doing. I didn't have a coach. I barely knew about pageants. I really went in there just being myself and just like my good, old, bubbly 18 year-old self. Somehow I made it in the top 15 and, for me, I was like okay, I guess just my personality can get me really far!

M: We all started somewhere! What were some game changing daily habits during your pageant career?

A: I always start my day listening to a podcast some sort. I'm telling you guys, it makes such a difference.

<b>M: That's great advice! Have you ever thought about hosting your own podcast?</b>

A: No, I have not thought about it. I love podcasts and I love interviewing for them, but right now, I just have so many other projects going on.

M: For the pageant that happened last November, what would you have done differently (in terms of Miss USA)?

A: Maybe I would have switched out my gown. I loved my gown and I will stick by that forever. If I would’ve known that the light was going to be blinging me, I would have chosen a different gown. But it's one of those things that you don’t always know.

<b>M: What is your advice for how to stop caring about what others think about you?</b>

A: That’s definitely been a journey and not something that I overcame overnight. First, you have to surround yourself with people that support you and people who will uplift you. You also have to find things that you love about yourself and start there.

M: Thanks for being part of this interview Andreia! To round off this Tea Talk, is there anything else you want to say?

A: Moments that you think are losses, aren’t losses at all. And I want to share this: Of course Miss USA was a dream to me and I wanted it so bad, but now that it didn't work out… So basically any time in my life when something didn’t workout, I always understood why and I’ve had that moment. I know something else is in the cards for me. And it wouldn’t have happened if I won Miss USA. Now I am really excited for what is to come.

Thank you Andreia! Check out the full interview here And make sure to follow Queenly on Instagram for more exclusive interviews.