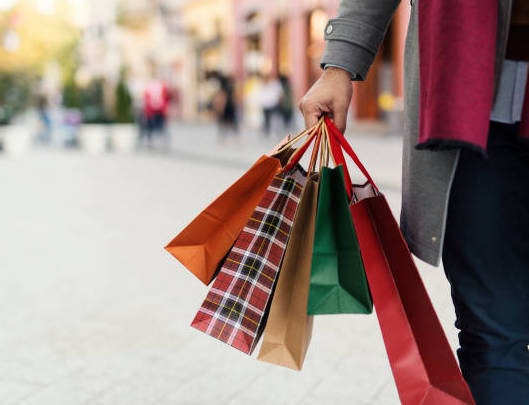 The Retail Industry Is Changing Faster Than You Think

Recently, a major shift in the retail industry has been brought to light. In September 2019, California based fast-fashion retailer, Forever 21 filed for Chapter 11 Bankruptcy Protection, allowing the company to operate as usual while restructuring the business, which may entail closing up to 178 stores in the US and up to 350 globally, according to Business Insider. Linda Chang, Forever 21’s executive vice president told The New York Times that “the retail industry is obviously changing,” adding that “there has been a softening of mall traffic and sales are shifting more to online.” According to CNBC, as of February, 2019, online sales beat brick-and-mortar sales, accounting for 11.813 percent of the total, compared to the 11.807 percent from regular, in-person retail stores.

Following this wave, Macy’s, the staple department store found in malls across the country, announced in February this year that they would be closing 125 department stores, cutting 2,000 jobs, and closing three corporate offices. Along with this, the company’s sales have fallen more than 30% over the past year and the stock value of similar brick-and-mortar retailers such as JCPenney and Kohls have similarly fallen, according to ABC News.

A major driver for this shift is the online giant known around the world as Amazon. Only about 26 years ago, Amazon began as an online bookstore financed from $10,000 of Jeff Bezos’ own money. Today, Amazon is worth over a trillion dollars, selling products and services across many different industries. As of 2018, 49% of the US e-commerce market sales came from the tech giant. These existing changes have only been compounded by the rise of the COVID-19 pandemic, as people increasingly look online to purchase retail items. Brick-and-mortar retailers have many expenses to pay, so as demand dwindles, especially during a global pandemic, it becomes more difficult to pay rent, employees, etc. This has led people to wonder how the retail landscape will be changed once we return to normalcy, and whether it will ever be the same again.

With that being said, Bezos announced in a letter that in 2017, for the first time in Amazon’s history, “more than half of the units sold on Amazon worldwide were from (their) third-party sellers, including small and medium-sized businesses,” according to Quartz. This shows that although the shift to online retail can pose a threat to many brick-and-mortar stores, it has also provided the opportunity for these businesses to expand and reach a much larger customer base than they could have with only their physical store. Therefore, how brick-and-mortar retailers will fare within the next several months and beyond, will depend on their ability to adapt to a progressing world.

Looking forward, what this means for Queenly, being an online dress resale platform, is that some of the inventory that you may find from traditional retailers, will eventually also be housed on Queenly. Anything from a cocktail dress or jumpsuit, to a designer dress or couture gown, from brands like Jovani, Mac Duggal, Vienna Prom, Rachel Allan, Tony Bowls, and much more may be found on the Queenly app or website! We are looking forward to the future and hope you will come along with us.