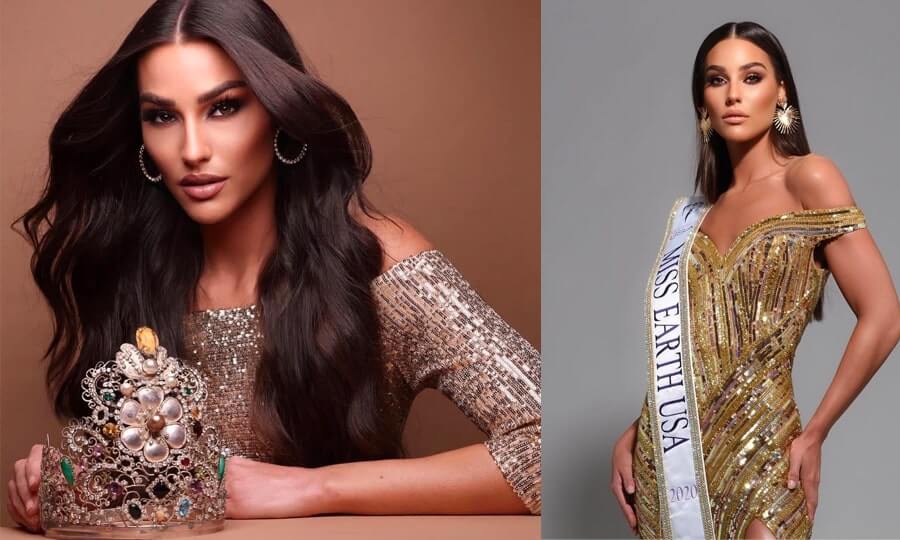 Before she became Miss Earth 2020 last November, Lindsey Coffey held the prestigious national title of Miss Earth USA. In September, following her national win, the Pennsylvania native guested on the very first episode of Queenly Tea Talks. In the IG Live with Queenly CEO Trisha Bantigue, Coffey sits down to chat about what it’s like competing virtually, what her preparation was on the road to Miss Earth, climate change activism, and so much more.

Trisha: This is a very unique time for the pageant industry, as well as the whole world, where everyone is pivoting toward having something virtual. Tell us about your experience with your very first virtual pageant. 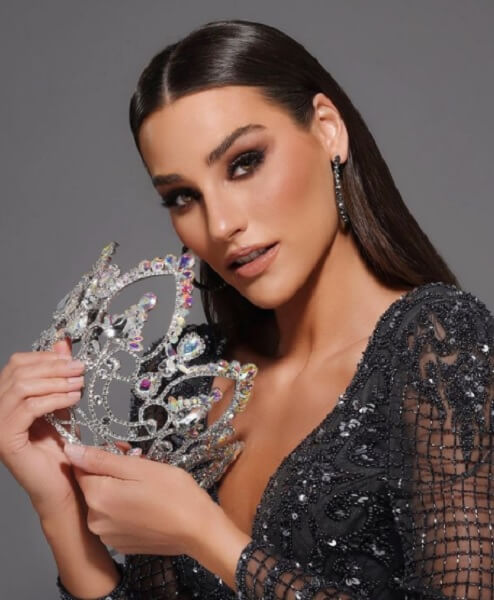 Lindsey Coffey: Yes! It’s kind of one of my first pageants as well since I’m kind of new to the industry. Having a virtual pageant; we made history and that was cool to be a part of. It was very stressful because there was so much you had to do by yourself, and especially because I’m new, I had no idea what I was doing. I was going in completely blind.

LC: In a normal pageant, you can at least mimic the other girls and learn from them but no, I had no idea what I was doing. I set up my tripod, found a space with good natural lighting, and then went to work from there… but we made history, and the girls, we’re so happy with the final product.

T: Definitely. I give the whole Miss Earth USA organization props for pulling this together last minute! It’s already hard enough planning a pageant that you’ve been planning for months then suddenly doing something so new. Can you believe it?

LC: I commend them, they did an amazing job. A lot of effort went in on their part and it paid off. It was phenomenal.

T: So how have you been preparing yourself for the upcoming virtual Miss Earth (2020)?

LC: Individually, I’ve been prepping [for Miss Earth finals] more mentally as I want to present myself virtually to everyone else. I want to come off how I want to express my advocacy virtually and seem more relatable, also. 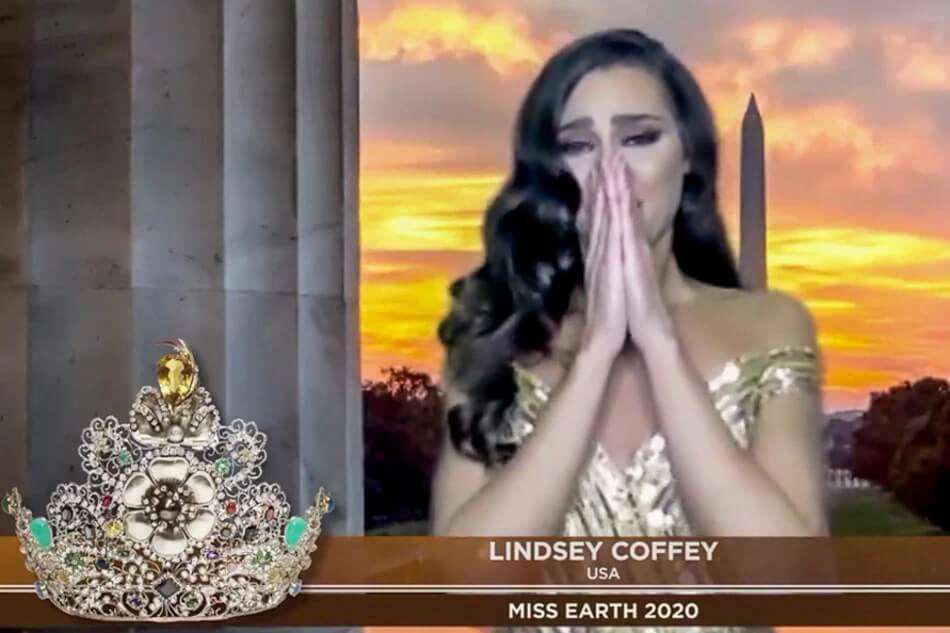 T: Definitely. That would be very unique nowadays to find a way to stand out from everyone virtually. It’s so much different, especially when having to do certain segments. From your background though, I can already see you’re going to do so well!

And she did! Lindsey bested 83 other contestants during the finals of Miss Earth, becoming the first American to win on November 29th, 2020

T: I’m curious about your thoughts on why the United States, the country you are representing, has the highest number of cases of Covid-19 this year and what do you think we could’ve done differently?

LC: When Covid hit, I was completely immersed in the news. Learning about what we could do and had to do… even that overwhelmed me and I had to take a step back, but I’m very familiar with this topic. On the U.S. side, our administration had such a delayed response. It was underplayed. We didn’t enact the correct policies to protect our country and our people, unlike other countries. That really affects us today greatly. We also could have assisted our allies such as China and Italy a little bit better earlier on in the year.

Upon being asked by Bantigue about what the then-Miss-Earth-USA had to say about people who don’t think climate change isn’t real, Coffey stood her ground.

LC: That is so funny, I’ve been getting this question (about climate change deniers) a lot actually!

<b>T: It’s so funny because people actually do think that, they think it’s a hoax!</b> 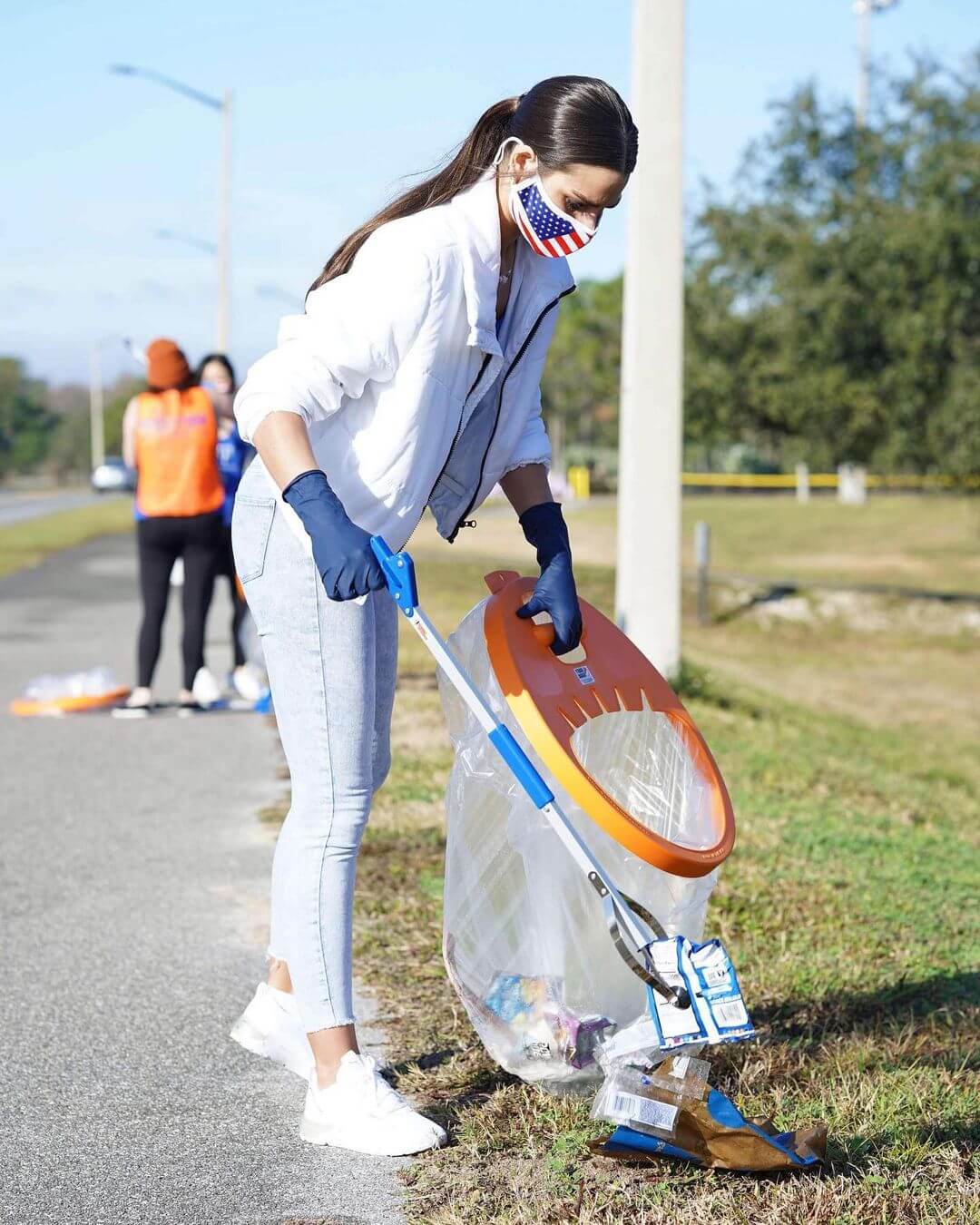 LC: That means there are so many people negligent of what they do to the environment. Though that is so easy to counter-argue because there is so much factual information- facts are facts, they cannot be disproven; that is the whole point of facts- so when we tell someone this is happening, we have the evidence to back it up. We are 1 degree away from a third of life facing extinction and that is something that you can look up yourself even on your phone. When someone doesn’t want to believe those facts, that is them playing negligence on their part for them not believing in the truth.

T: Yes, exactly. I think for us to tackle climate change in our nation, it comes a lot from the top down. From our politicians, our companies, big corporations… When I was Miss Earth California in 2016, my platform was clean and renewable energy. I wanted to promote that in a way of “what can I do in my personal life to contribute to this?” That’s why I created Queenly because we truly care about sustainability in fashion because so many people forget about what they do when they consume fast fashion.

T: Lindsey thank you so much for doing this, I’m sure everyone watching enjoyed this live. Everyone, please support Lindsey on her journey to Miss Earth! We need that crown, Team USA!

LC: I greatly appreciate you guys. It’s been a pleasure, thank you so much for what you do for the Queenly app! 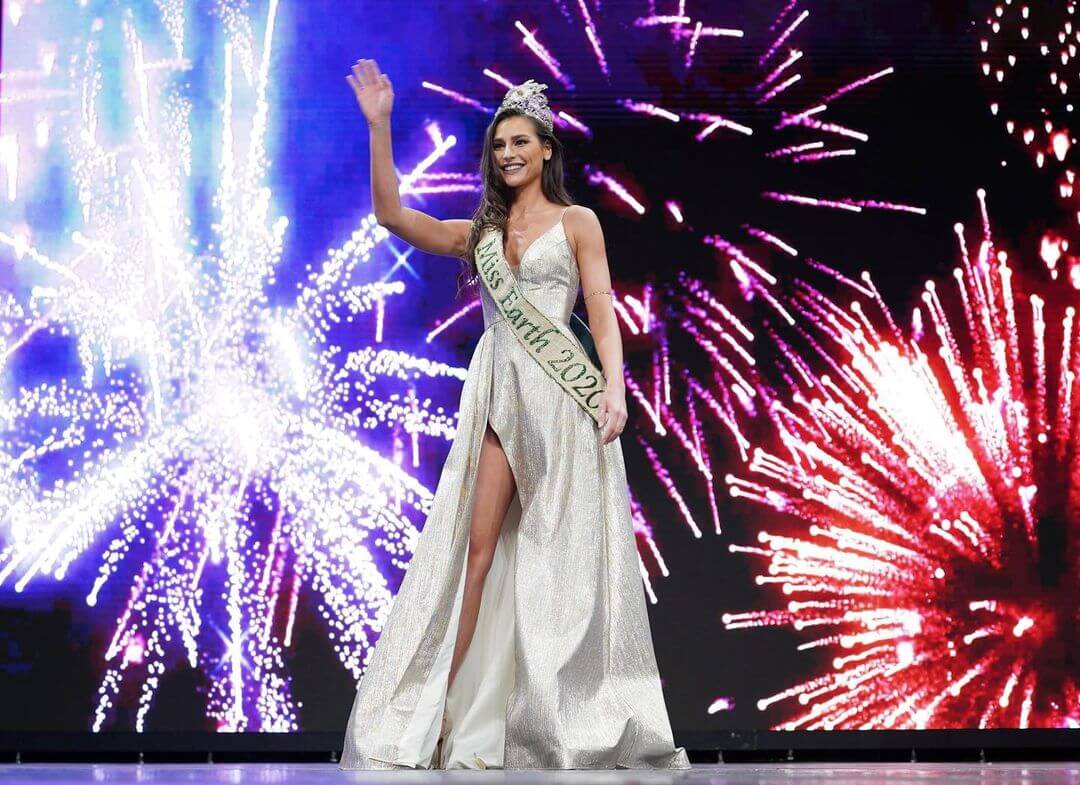 Thank you Lindsey! Check out the full interview here, and make sure to follow Queenly on Instagram for more exclusive interviews.