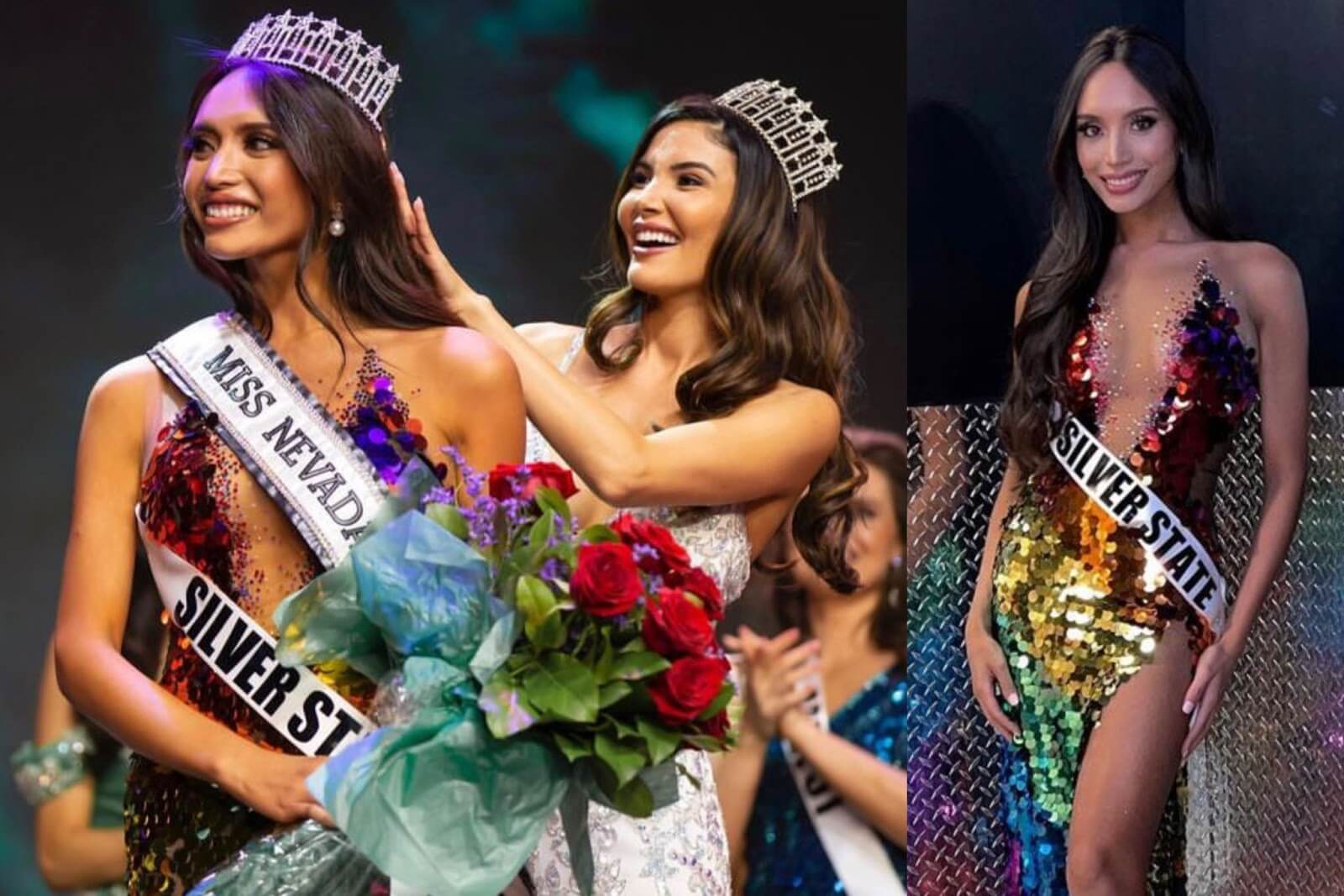 This article is majority written by LGBTQ+ staff and may contain quoted elements of transphobia some readers may seek caution for before reading. After winning Miss Nevada USA 2021 over the weekend, Kataluna Enriquez breaks barriers as she will also become the first openly transgender woman to compete at Miss USA.

On the night of the 52nd anniversary of the first Stonewall riots, Filipino-born Kataluna Enriquez won her state title for the 2021 Miss USA pageant to be held this November. Besides representing Nevada, though, Enriquez also represents a pact made to demolish glass and stone ceilings as she also became the first transgender woman to accomplish such a feat. She will be the first openly trans competitor in Miss USA history and only the third woman of the LGBTQ+ community to step on the highly-acclaimed national stage. 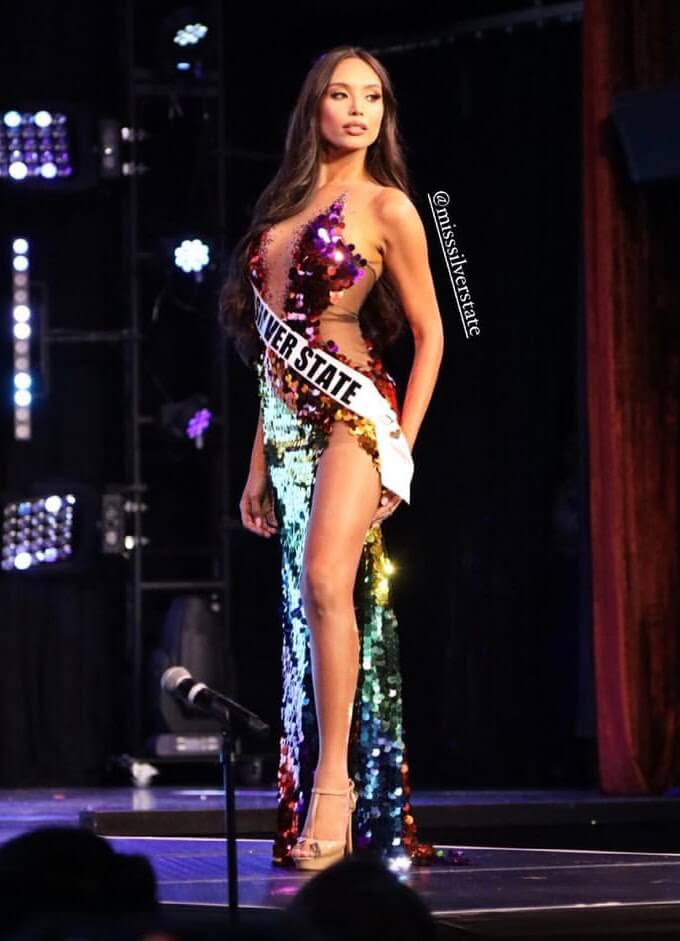 In a recent interview by Queenly’s very own Monito Power, Kataluna was asked “What is your favorite thing about your state and the possibility to represent it?” The newly crowned Miss Nevada USA responded saying, “It would mean a lot. Nevada made history when they made the move to protect same-sex marriage. To represent them would mean a lot to me.” And to represent them she did. Being in her last year of eligibility for the Miss USA system, Kataluna won it all when she bested the contestants of Miss Nevada USA 2021 held last weekend.

For the final competition, the trans queen wore pieces designed and crafted by herself with her very own Kataluna Kouture.

Her most iconic dress, in our opinion, was the rainbow-sequined evening gown Enriquez won in that stood for no one other than the queer community. Alongside the crown-worthy burst of color was a daring gold and silver gown revealed only once Kataluna disrobed a stylish white dress worn over it. She dazzled on stage as the crowd cheered and made sure everyone in the room had her eyes on her. Little did she know that soon the whole universe would be looking in astonishment as well.

Although going viral with her big win as the first openly trans contender for Miss USA, Kataluna’s crowning glory did not always come with a positive reception. One person’s feedback even stating “If she wins then I’m moving out of this state because it would be embarrassing for her to represent Nevada!” (Which is too bad because Kataluna already has represented this whole country at international pageants beforehand.)

Some commenters and conservative media outlets are even going as far as attempting to resurface photos of Kataluna pre-transition or even fabricating pictures as an excuse to project their transphobia and insecurities. However, no matter how fragile their transphobic mindsets may be, Nevada’s national bet doesn’t respond to any such comments and carries about her day like any other girl who just found out they’re going to compete for Miss USA; excited and thrilled for the glamorous road ahead. 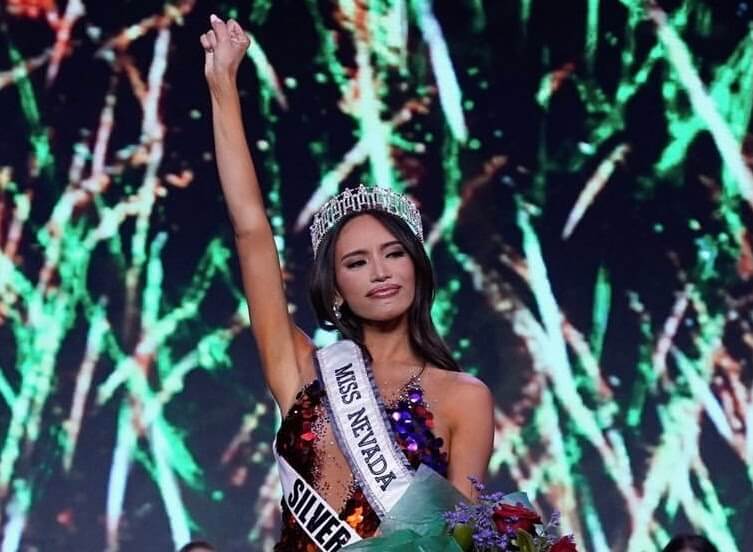 During Kataluna Enriquez’ final question submitted by Miss Universe Malta Anthea Zammit, Kataluna responded to the query of what social movement she would prioritize as Miss Nevada USA by saying she would want to raise the awareness that “trans lives matter.” She remarks this because growing up Filipino and Transgender in the United States, she never felt represented nor felt that she could ever have a role model to look up to. She even states this in her interview with Queenly, and is now famously quoted from an ABC7LA interview saying:

"“When I was young, I said that one day I hope to see someone like me on stage at Miss USA, and it just happened to be, I was the person I needed.”

The post encapturing this quote from the news channel now has over 16k likes and since winning Miss Nevada USA, Enriquez has gained nearly 40k new followers on Instagram.

Kataluna’s story of oneself becoming their own representation isn’t a new one; however, for a titleholder like her, it’s monumental. It’s not just a win people can see and appreciate, but one that is needed. Around the world and even in many first-world countries such as ours, the trans community is constantly facing discrimination and is far more disadvantaged than cisgender/heterosexual communities.

For a trans woman of color such as Kataluna to step up to a national platform, use her voice, and win her competition, it creates the statement that has always been true: Trans experiences are valid. Trans representation matters. Transgender victories are phenomenal, and they’ll never cease to exist so long as the LGBTQ+ community finds that it is much more liberating to be themselves and change for no one.

“If you could go back and give your younger self advice, what would it be?”

“I would tell her to embrace everything that she is, including all her flaws, challenges, and trauma. All of that will lead to a stronger you. Your voice is not just a noise, it is a statement and pathway to something more.” -Kataluna Enriquez, Miss Nevada USA 2021